Cookies
We use cookies on this site to enhance your user experience.
YES, I AGREE
NO, I DON'T AGREE
More... X

On 19 July 2021, GEN energija received an Energy Permit from the Ministry of Infrastructure for the JEK2 project. The receipt of that Permit represents an important milestone on the path to the final decision to increase nuclear production capacities in Slovenia. As previous studies of the justification of the project have shown, JEK2 is a crucial and feasible project for the future reliable supply of domestically produced electricity to Slovenia. The project facilitates an effective response to the challenges of the transition to green electricity and the achievement of the goal of climate neutrality by 2050.

The electricity generation licence for JEK2 represents an important milestone on the path to a decision regarding the long-term use of nuclear energy in Slovenija, which must be adopted in the scope of a broad-based and open public debate. Together with renewable energy sources, nuclear energy could contribute significantly to the effectiveness of Slovenia’s transition to green electricity and to the robustness of the electric power grid, and thus to the continuous availability of electricity at a reasonable price.

“Studies of the justification of the project conducted to date have shown that JEK2 is a feasible project in technical, environmental and economic terms for the future supply of domestically produced electricity to Slovenia, and is the appropriate response to the key challenges of the energy trilemma. The project also facilitates Slovenia’s effective response to the challenges of the transition to green electricity,” stated GEN energija’s General Director Martin Novšak. He added that the company is well-prepared for the continuation of the project, which it is managing responsibly and efficiently. The climate strategy and electricity generation licence for JEK2 present an opportunity to achieve the goal of a low-carbon future for Slovenia and the region in line with the course recently presented in the European legislative package of measures to reduce emissions by at least 55% by 2030, referred to as Fit for 55.

As emphasised by the Minister of Infrastructure Jernej Vrtovec, the issuance of the electricity generation licence for JEK2 is one of the most importance decisions of the Ministry of Infrastructure. Based on that decision, Slovenia is moving towards an independent, clean and low-carbon future. “In the climate strategy, we set the goal of achieving net zero emissions and climate neutrality by 2050. This is a major challenge, and important decisions lie before us that will affect the wellbeing of future generations and the environment in which they will live. The electricity generation licence for JEK2 is a milestone that allows us to initiate administrative proceedings and begin drawing up the necessary documentation for an investment decision regarding JEK2 that will serve as the basis for a final decision regarding the optimal energy scenario for the future supply of low-carbon electricity to an energy independent Slovenia. By issuing the electricity generation licence for JEK2, we have also opened a public debate with the aim of achieving the broadest possible social consensus regarding the matter of support for a clean, green energy future.”

A total of 99% of the GEN Group’s production is already from low-carbon sources, while JEK 2 will lead to a significant improvement in Slovenia’s position in terms of low-carbon electricity production. Nuclear energy represents a response to numerous challenges in the future. For this reason, the GEN Group will follow the Ministry of Infrastructure’s expectations regarding a broad-based public debate on the transition to green electricity. GEN energija has already focused on education, awareness and public discussions about the energy future with numerous stakeholders, and will further intensify those activities.

The previous feasibility study for the project and several other expert studies, which served as the basis for obtaining the electricity generation licence, will be followed by the selection and confirmation of a location, a decision regarding the investment and finally construction. GEN energija will continue to ensure that all steps on the path to that decision and construction will be transparent and clearly presented to all interested stakeholders. 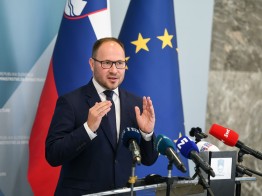 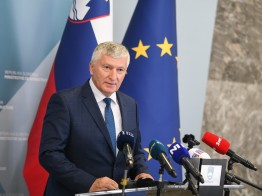